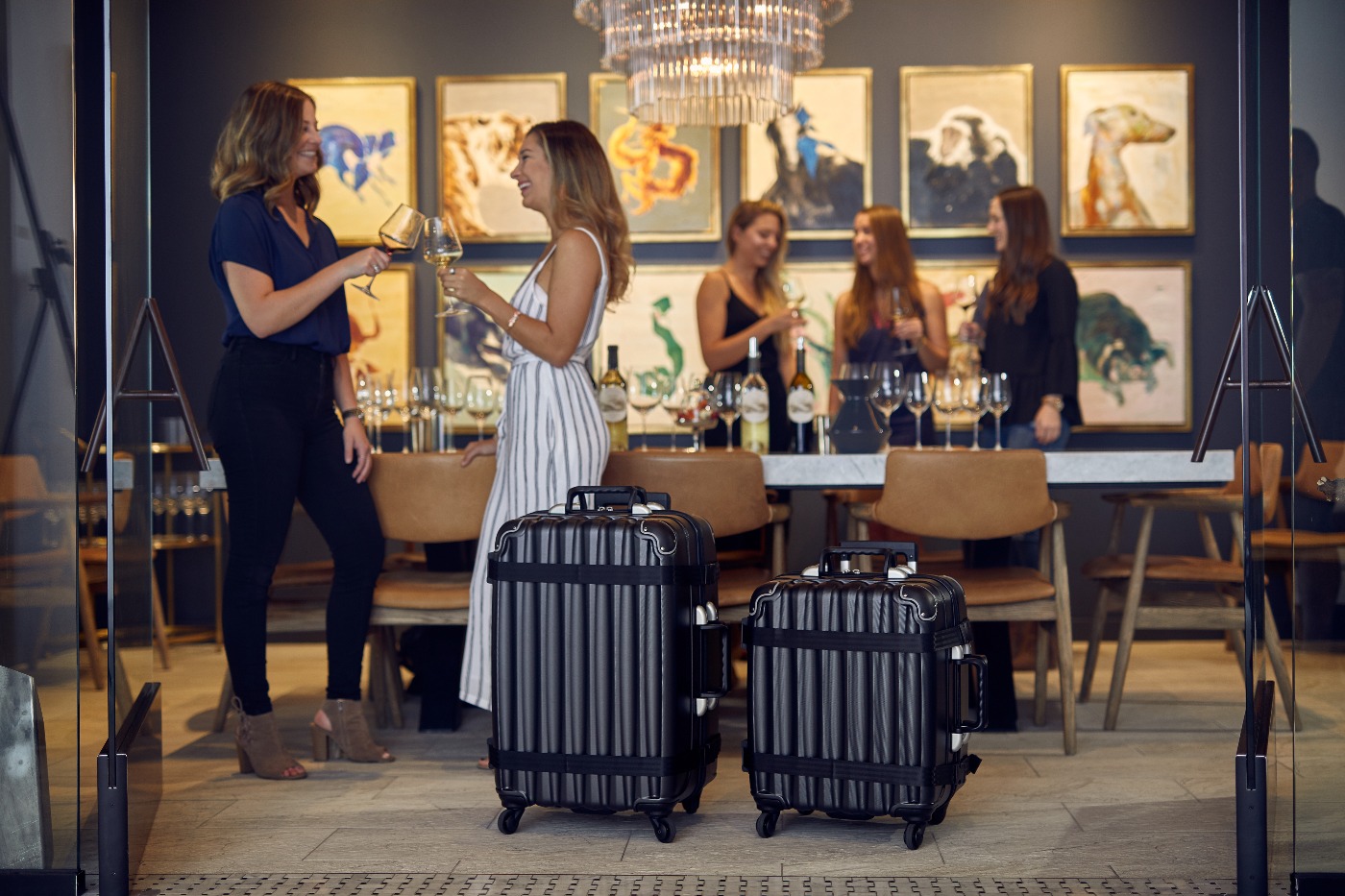 Have you ever had an amazing bottle of wine on vacation and wished you could safely pack one – or six – in a suitcase to bring home? Enter FlyWithWine and VinGardeValise®. Instead of carefully wrapping a bottle in a checked bag (yes, we’ve tried it) or paying exorbitant amounts of money to ship wine home, we can highly recommend investing in a wine suitcase to make flying with wine easy-peasy.

VinGardeValise suitcases, distributed by our friends at FlyWithWine and sold on the Coravin marketplace, double as suitcases for your non-wine essentials. To learn more, Coravin’s own Lindsay Buck sat down with FlyWithWine CEO, Ron Scharman. The pair discuss how FlyWithWine became the official distributor of VinGardeValise, what the next year holds for wine tourism, and Scharman's favorite wine experience. 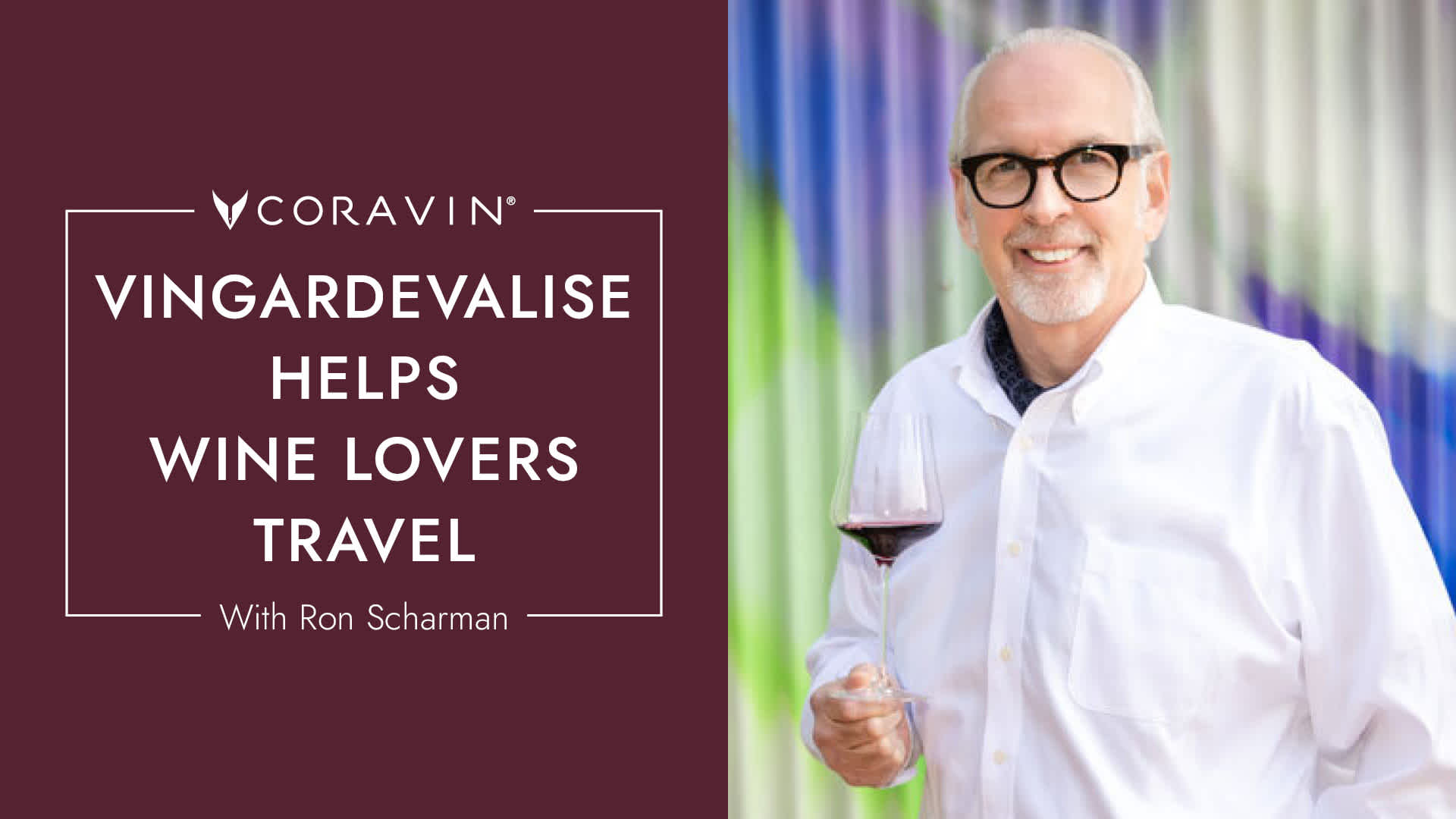 Lindsay Buck, Coravin: Today I'm talking to Ron Scharman, CEO of FlyWithWine, who's VinGardeValise® products we carry on our marketplace at Coravin.com. Welcome, Ron, how are things in Napa?

LB: Excellent, nice time to be there. Congrats on being becoming the exclusive distributor of VinGardeValise®. That was an evolution of an existing partnership, correct?

RS: Yes, we've been doing business with VinGarde for six years, we started off as a reseller, and ultimately became their largest customer. We’re pretty much the lead marketing innovators for them. Eventually, they decided it made sense to give us the keys to the to the racing car, I guess.

LB: Awesome. I have to ask, how have things been in the past year? Have you had to adapt your business in any way with the lack of travel?

RS: Well, our number one customer audience is in tasting rooms. We’re in about 250 tasting rooms, so with all of the tasting rooms shut down, that became a problem for us. That said, we were able to work with third party marketplaces – some large retail accounts outside the wine industry. We suffered like other retailers have suffered ­with declining sales, but things are on the upswing now.

LB: That's excellent. What do you think the next year holds in terms of winery tourism?

RB: Well, anecdotally, my son is getting married in June and tried to book a place to fly outside the United States – either Asia, Caribbean, Europe, or Canada – and it's all closed. So, the place that's left for aspirational vacations are Napa, Sonoma, and Oregon. I think [those regions] are going to be significant for people who want to drive or fly locally. We're actually seeing it already in Napa, Sonoma, and Mendocino on weekends. On Friday, Saturday, and Sunday, they're really booked up already.

LB: That's good to hear. Why does a wine enthusiast absolutely need a VinGardeValise® suitcase? What makes them so special?

RS: If you care about your wine, and if you're a wine tourist and traveler, there's no better way to safely and securely bring your wine back home. It serves as a piece of luggage when [you carry less than 12 bottles] – you can have it carry half luggage, half wine. Also, nobody needs to know you're carrying wine. Also, it has a 10-year limited warranty, so it's pretty much indestructible. Also, wine travelers going on vacation to Mexico or the Caribbean can bring their wine cellars with them or go to a winery and bring the wine that they acquired back with them instead of shipping it.

The Soft Machine® Brass is an easy to use elegant wine opener, that will extrac

LB: I'm excited to use mine. I've definitely been that person lugging around 12 bottles in a suitcase with clothes wrapped around them through the streets of Italy. What are your favorite wine regions to travel to – besides Napa?

RS: I'm a frequent traveler to Willamette Valley in Oregon and Walla Walla in Washington. I also love the Okanagan Valley up in British Columbia, Canada – it’s spectacular. Burgundy and Bordeaux in France are my favorite places to travel in Europe for wine.

LB: Our mission at Coravin is to change the way the world experiences wine. Can you tell us about a favorite wine experience of yours?

RS: Well, I've been to probably 1,000 wineries in my lifetime on four or five continents. But my favorite wine experience is going to a small vineyard in Burgundy, where you can smell the centuries passing by. You open up bottles that you know from the cellar and then compare with some wine from the barrel. To me, this is an experience second to none. That's my favorite.

LB: That sounds great. Well, thank you so much for joining me today Ron and everybody should check out the VinGardeValise® and fly with wine products at the Coravin marketplace on Coravin.com.