Check out this video on Facebook for a virtual tasting, as we take the mystery out of wine and make the world of wine more approachable. 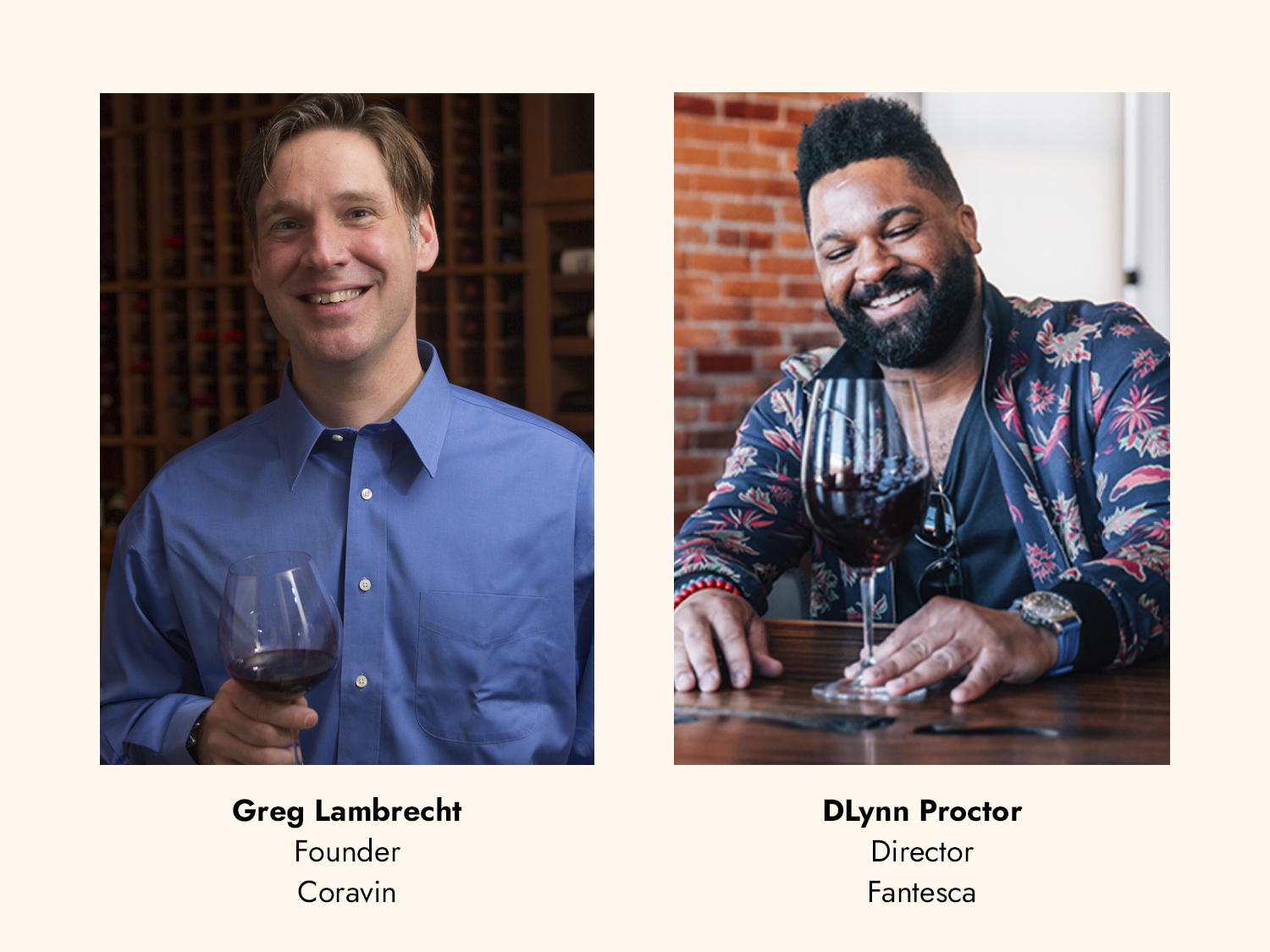 Watch the event video here, as we join Coravin Founder and Inventor Greg Lambrecht for a virtual tasting and a discussion about bringing wine down to earth, co-hosted by renowned sommelier and Director of Fantesca Estate & Winery, DLynn Proctor. The session will feature three panelists: Proprietor and Winemaker at Le Artihasic, Artie Johnson, Co-founder of Winefolly.com, Madeline Puckette, and Owner of BlackGirlsDineToo, Shakera Jones.

Together, the panelists will provide a guided tasting through two wines from Napa cult producer Le Artihasic. During this tasting they will utilize tools provided by Winefolly.com, and Coravin to demystify the wines, and make wine tasting more approachable. Scroll down to purchase the wine tasting bundle, so you can taste along! 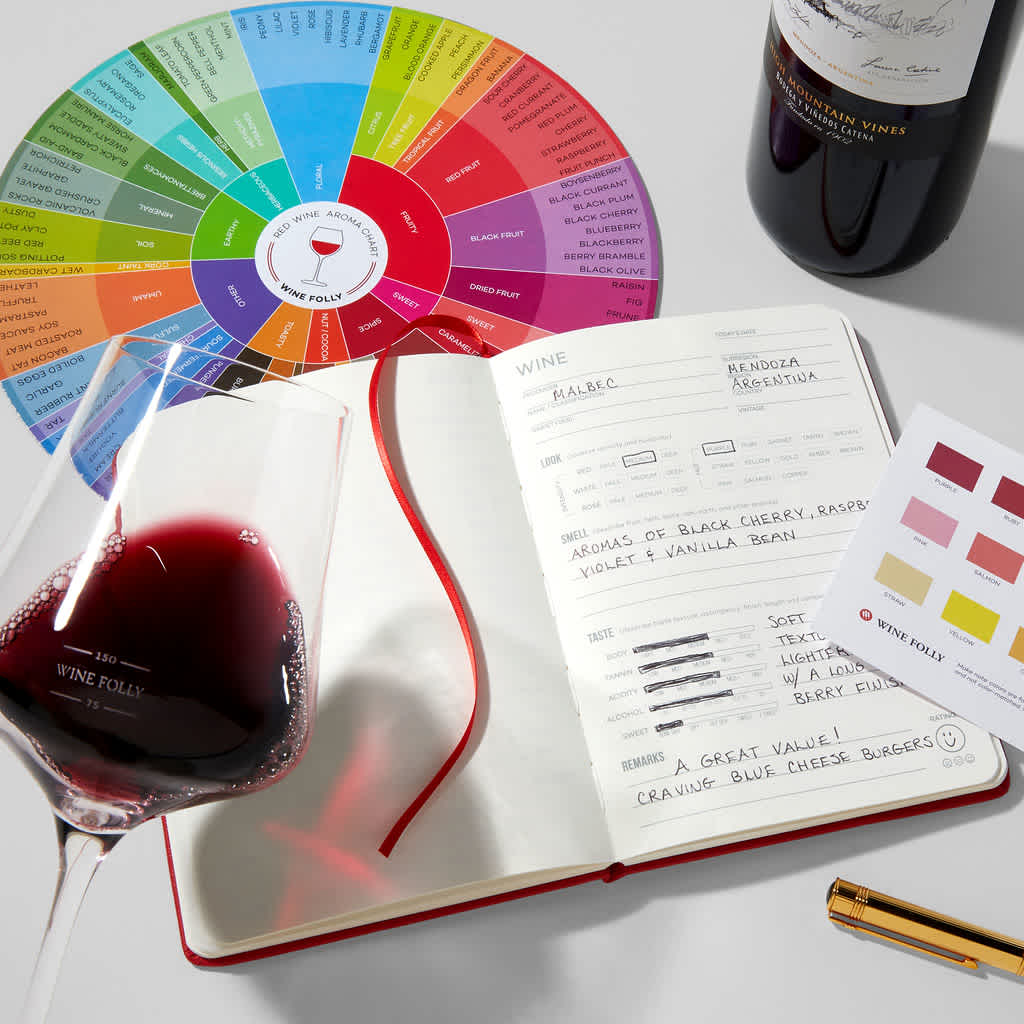 About the Tasting Bundle

With the purchase of the Le Artishasic tasting package, you will also receive a Wine Folly tasting journal, wine aroma wheel, AND a Coravin® Pivot™ Wine Preservation System that will allow you to revisit the bottles over the following weeks. 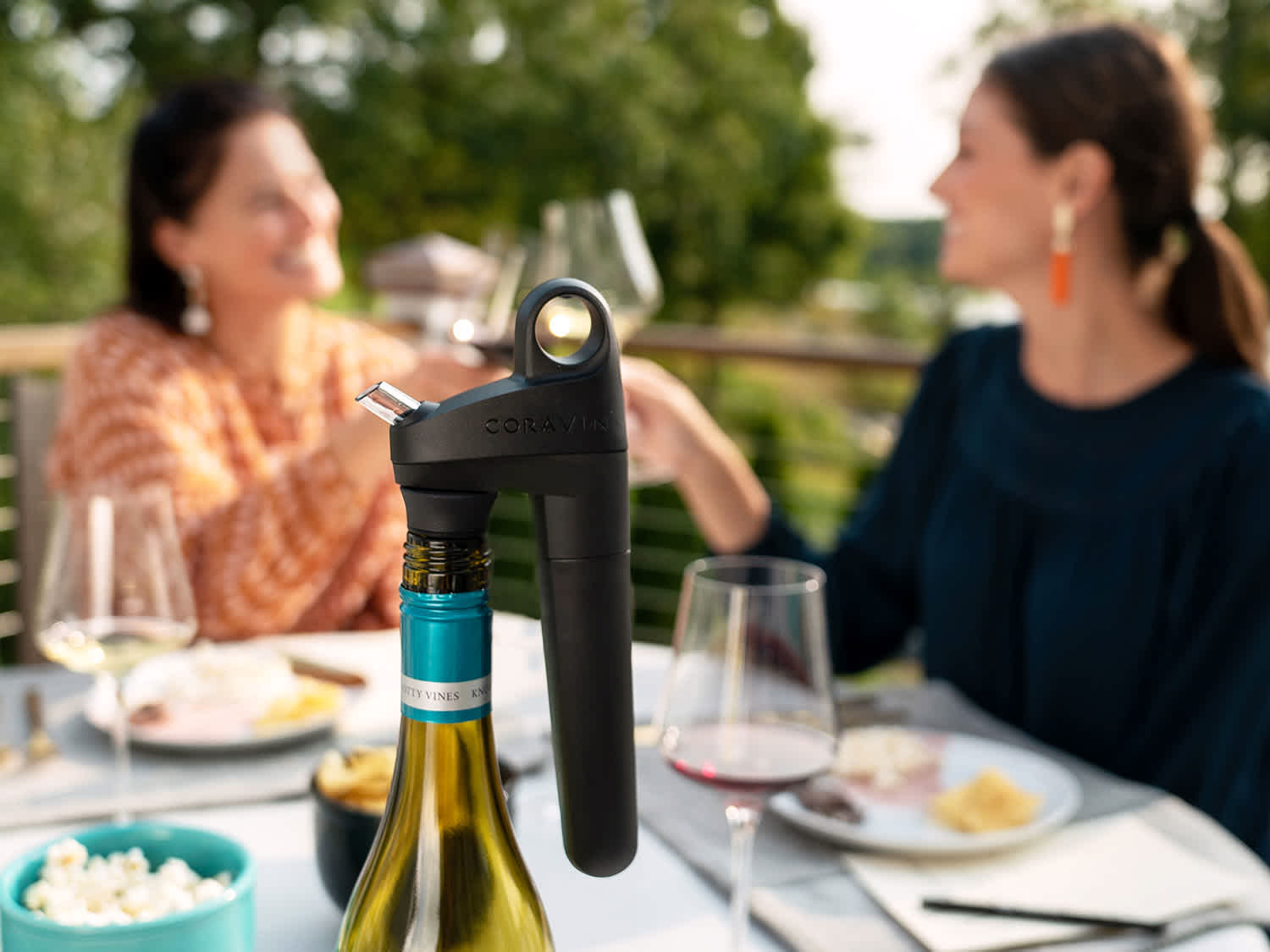 Open a bottle of whatever, whenever with Coravin Pivot™

Extend the life of your everyday wines with the Coravin® Pivot™ Wine Preservation System. Match your wine to your mood, dinner courses, or the weather. The ingenious combination of the Pivot Stopper and Device preserves the remaining bottle for up to 4 weeks, ensuring the last glass is just as amazing as the first. 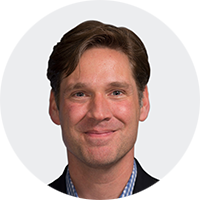 Greg Lambrecht is inventor, founder, and board member of Coravin. Lambrecht is also Founder and Executive Director of Intrinsic Therapeutics, Inc., a venture-backed medical device company focused on addressing the needs of patients with spinal disorders. In addition, Lambrecht is the founder and board member of Viacor, Inc., a startup medical device company in the Boston area. Lambrecht holds a Masters of Science in Mechanical Engineering and a Bachelor of Science in Nuclear Engineering from the Massachusetts Institute of Technology. He holds numerous patents in the fields of gynecology, general surgery, cardiology, and orthopedics. 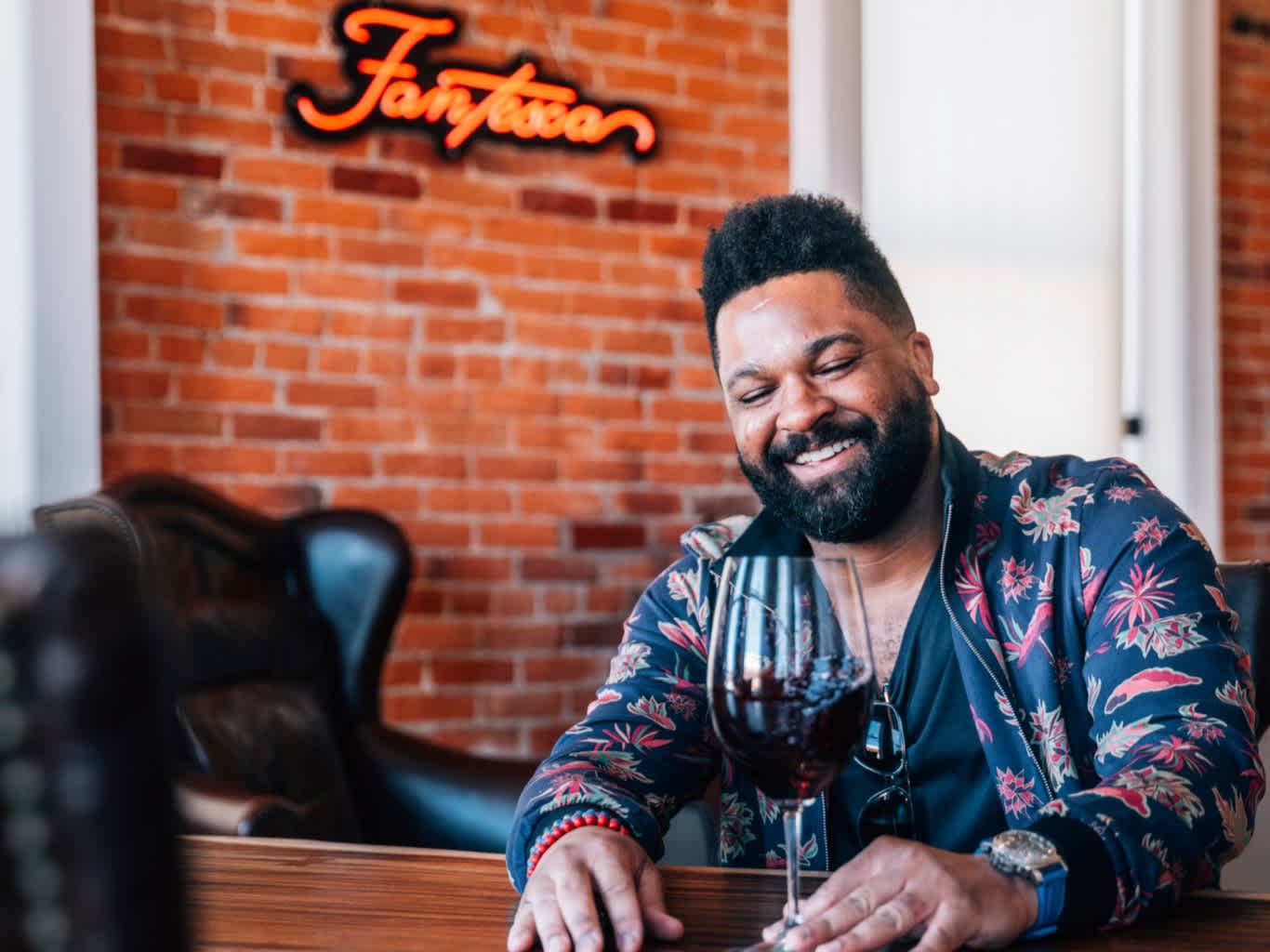 DLynn Proctor has been a figure in the wine industry for 20 years. He comes to Fantesca with extensive experience working with the best in the fine dining business, retail/web sales, fine and rare wine brokerage, and international education. DLynn, a passionate ambassador, is instrumental in winery education programs, media relations, and radio across the Americas and Europe. He often contributes to food and wine content and to TV shows and print magazines. In addition, he travels extensively to speak publicly and represent this iconic brand to collectors, consumers, journalists, and distributors in a variety of global forums. DLynn has been involved in widespread sensory testing, winemaking, and training with top winemakers in California, Washington, Texas, South Australia, and Italy and is an adjunct lecturer and wine show judge at some of the world’s most famous universities and wine shows.
Named ‘Best Sommelier in America’ by Wine and Spirits Magazine in 2008, DLynn was also a finalist in The Chaîne des Rôtisseurs Société Mondiale du Vin ‘Best Sommelier in America Competition’ in 2008 and 2009, and was named to the National RUDD Scholars of 2011. DLynn has been featured in publications such as GQ Magazine, Decanter, Wine Spectator, Esquire, Forbes, WineSearcher, Huffington Post, The New York Times, and a multitude of others. He was bestowed the honour as one of Wine Enthusiast’s Magazine’s Top ’40 Under 40’ Tastemaker’s for 2014.
DLynn has been featured in the UPSCALE TV series, and is one of the four featured subjects in the internationally acclaimed wine documentary ‘SOMM’. A follow up film ‘SOMM: Into the Bottle’, was released in 2015, and the third installment SOMM 3, was released in 2018. The SommTV streaming service launched in fall 2019, slating Somm 4: Cup of Salvation, to be released summer 2021.
DLynn has most recently appeared on screen with a cameo in the Netflix Original film ‘Uncorked,’ where he also earned the title of Associate Producer for his work behind the scenes. 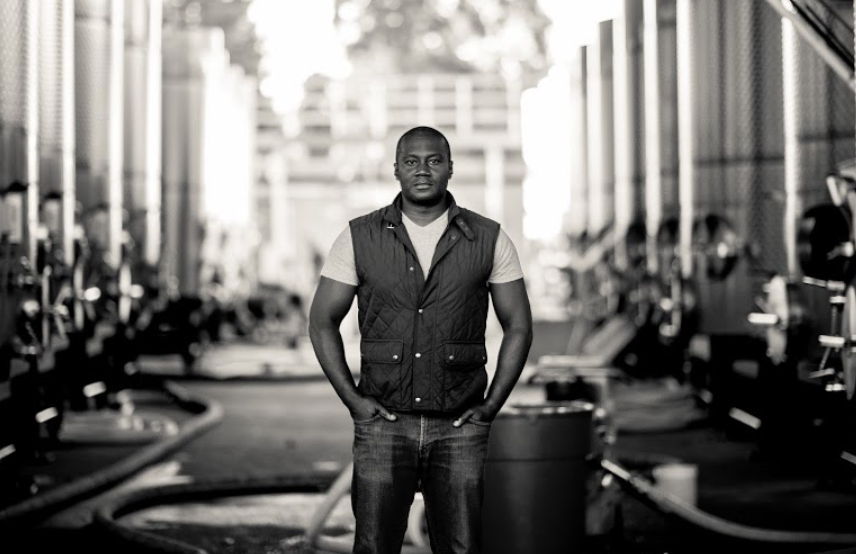 Artie Johnson, a fifth generation Texan, attended the prestigious Kinkaid School in Houston prior to enrolling at the University of Texas McCombs School of Business. Artie also played centerfield for the Longhorn baseball team under the direction of two of the winningest coaches in college baseball history, Cliff Gustafson and Augie Garrido. Post college, Johnson’s food and wine journey began in the restaurant industry in Austin’s ever-growing Fourth Street Warehouse district. Soon after he made his way to New York City to work at Nobu in Tribeca for the accomplished Myriad Restaurant Group. Manhattan prepared Johnson to achieve his first Wine & Beverage Director position at Casa Casuarina (The Versace Mansion) in Miami Beach. During his seven years in Miami, he contributed to South Beach staples such as Casa Tua and Prime 112 before moving to the West Coast. Artie’s Napa career began in 2013, at the cult winery, Harlan Estate, working in client services and acquisitions. In 2014 he was recruited to join historic Mayacamas Vineyards as Director of Hospitality. In 2015, Johnson founded Le Artishasic winery, as proprietor and winemaker, under his parent company WINEXYZ. WINEXYZ is the consulting firm for Johnson to help small family owned wineries excel in direct to consumer strategies. Artie currently lives in the Napa Valley with his wife Shannon Staglin (Staglin Family Vineyard), their 4 year old daughter Sicily, and their 3 year old son Artie Johnson III. 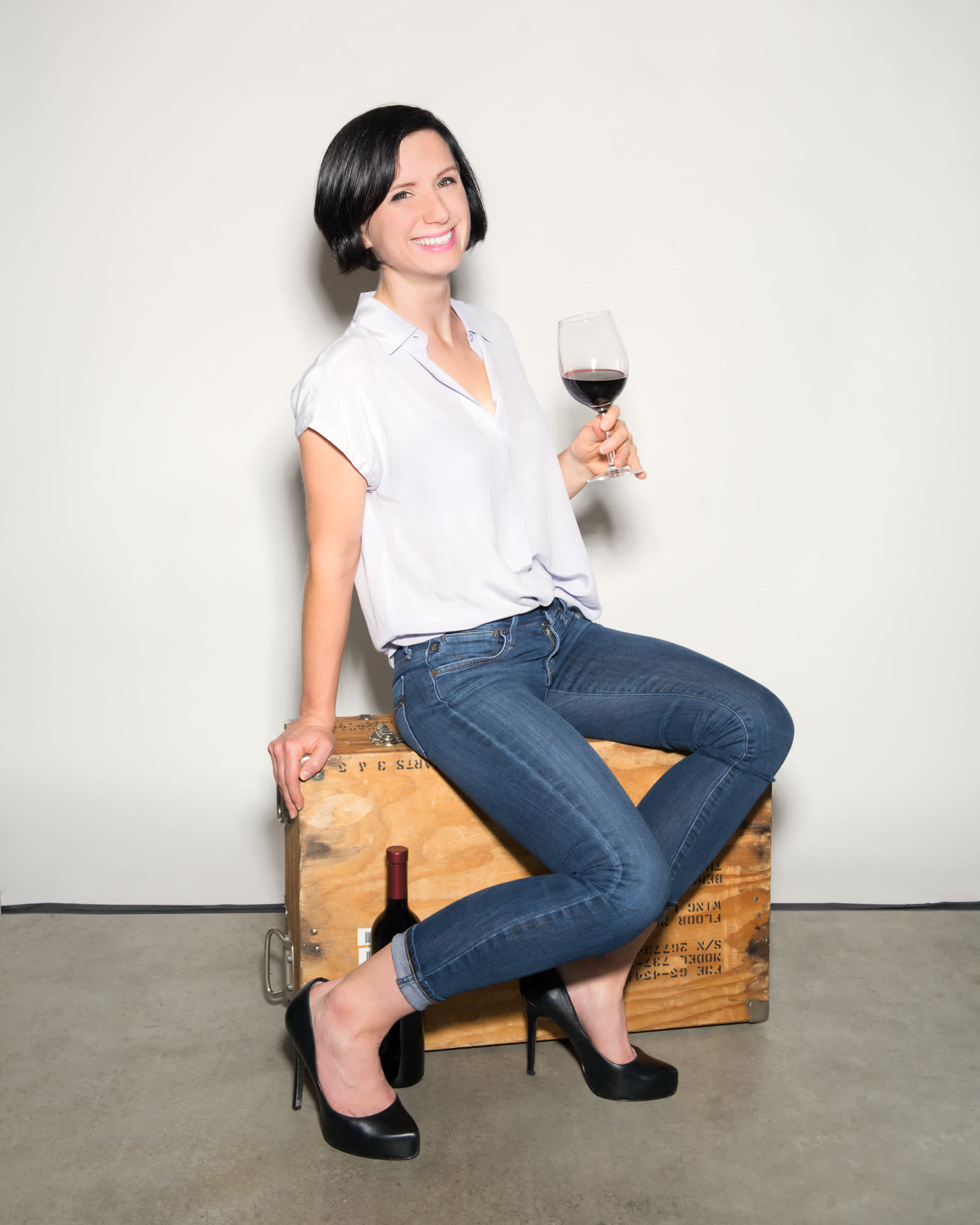 Madeline Puckette is the cofounder of WineFolly.com. Since its creation in 2011, Wine Folly has become one of the most popular wine education sites in the world due to its extensive use of insightful articles, detailed infographics, and entertaining videos. In recognition of these efforts, the International Wine & Spirits Competition awarded Puckette with Wine Blogger of the Year in 2013, and Wine Communicator of the Year in 2019. In 2015, Puckette launched her first book: the New York Times Bestseller Wine Folly: The Essential Guide to Wine. It was followed in 2018 by the James Beard Award-winning Wine Folly: Magnum Edition. She has been featured in the popular documentaries Somm: Into The Bottle and Somm 3. In 2019, Wine Folly merged with Global Wine Database to create Folly Enterprises. This merger marks another milestone for Puckette with the stated goal of creating a standard for wine data through engaging, informative, and accurate wine information for the world. 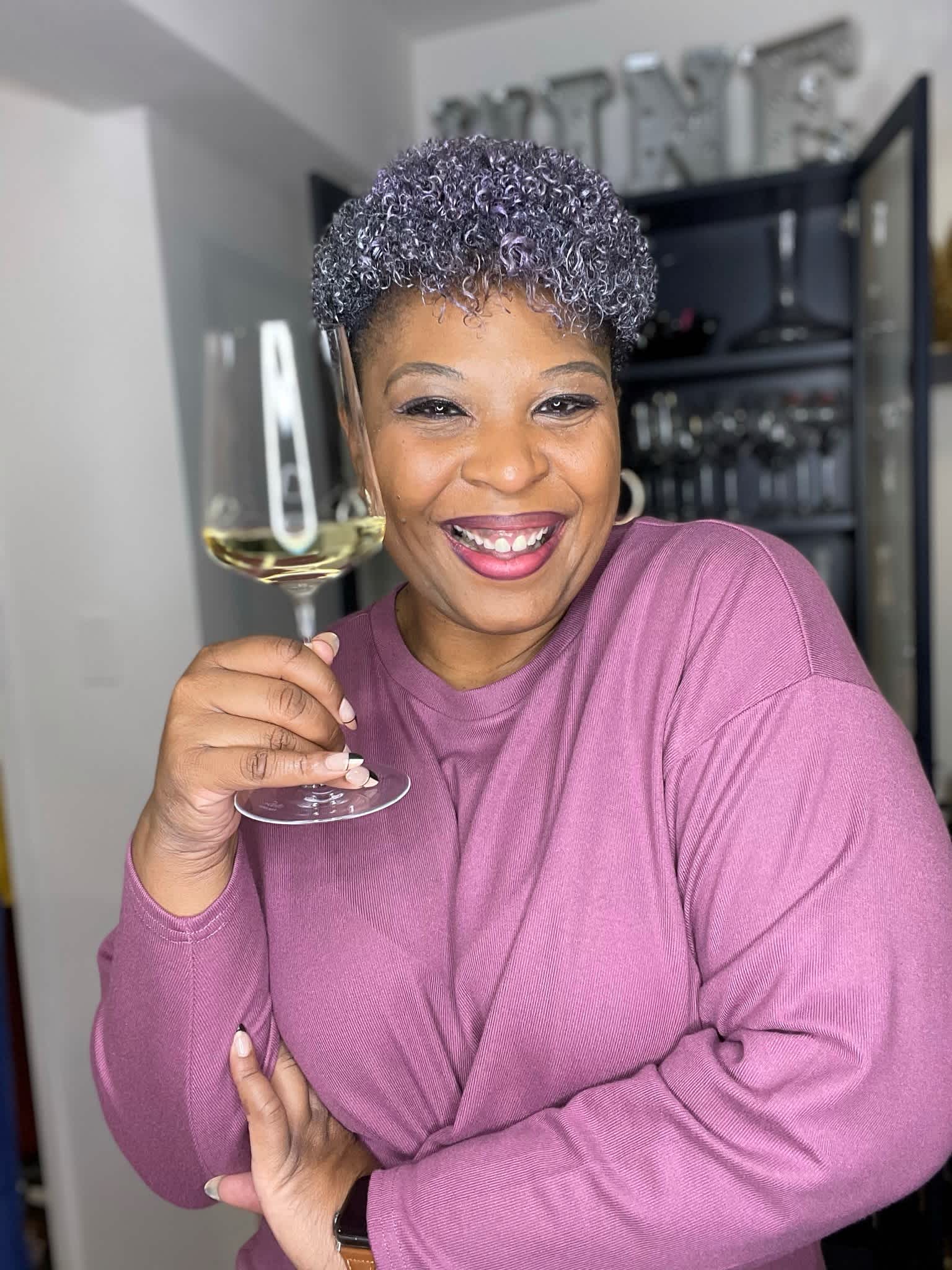 Shakera Jones of BlackGirlsDineToo—a lifestyle brand, blog, and social media space—serves as a guide to the wonderful world of high-end food and wine. Her welcoming teaching style and warm personality allow people to learn about wine and cuisine no matter their knowledge or experience. Hosting bi-weekly virtual “tastings,” Shakera explores varietals and production regions to broaden the palates of her followers. All while she breaks down the intimidating barriers often associated with the world of fine wines. Shakera’s goal is to promote and support diversity and inclusion efforts for women and other underrepresented groups in the culinary and fine wine industries. A need she identified from her own experiences exploring her passion for food, wine, and culture in this space. A tech professional by day and wine student by night, she is currently studying to obtain certification through the Wine Scholar Guild (Spanish Wine Scholar). Shakera is also a media personality on the SOMM TV streaming network and is part of the cast of the soon to be released film, SOMM 4. She is a wine writer with articles featured in Food & Wine and SevenFifty Daily and was recently recognized by Wine & Spirits magazine. She recently launched her new podcast A Glass for Every Palate.